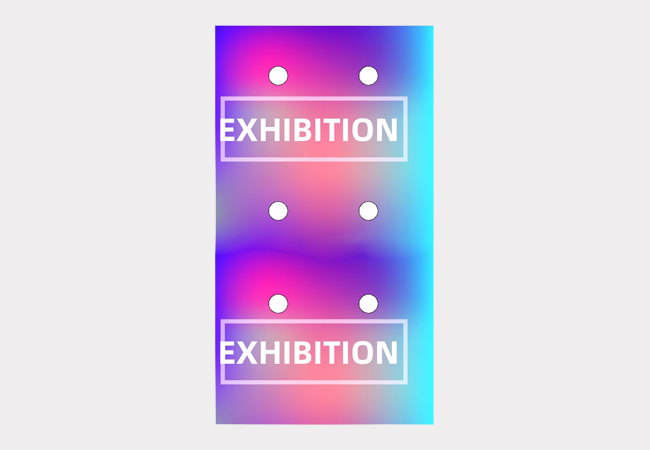 Why Do Banners Have Holes?

Why Do Banners Have Holes?

Do you ever notice the banners that erected or hanging outside the building, some are having some holes inside the banner. Have you ever wonder why people want to make some holes on their beauty banners?

Actually, they are making this with purpose. The hole that cut inside the banner is called the “wind vents”. They are carrying the function to reduce the power of wind blow when they are hitting the banner.

As we know air can create a lot of pressure and strong wind that carry a high speed can break or blow away the banner if it has too much pressure loading on it. Therefore, with the availability of the holes, the wind can pass through them and this will reduce the pressure from the wind and the banner will not get blow away or break out easily.

On the way to where I work, there are many real estate agents pulled up various banners for selling houses in the nearby area. I didn’t have much interest in the properties and houses that they sell, but the holes that I found in most of the banners did attract me. I have never seen a banner that has been punched with holes before. Is it intended to attract new attention or has a more important role to play?

I ever ask my colleagues what they think about it. But they also have no clue about it.

One day, I did get to know a friend who is doing the exhibition and he did supply the banners to the exhibition. Thus, I grab the chance to ask him about this question, but he didn’t reply the question straight away, instead, he did ask me back what do I think.

I have a hard time thinking about it, and I did come out with a lot of different answers, but none is right. After meddling for a while, I still have no clue. When my friend saw I have through it, finally he gave me a hint: “What do most people afraid of when they pull the banners in an exhibition?”

“They should afraid of the banner being broken.” I blurted out.

“So what is the most damaging to it?” My friend then prompted.

“Is it because of the wind?” I immediately flashed a scene of raging wind in my mind. “People who pull the banner are afraid that the banner will be broken by the wind, and they have made several holes in the banner to reduce the resistance to the wind and the destruction of the banner by the wind.”

“How can the holes reduce the resistance of the wind?” My friend asking me the next question.

I shrugged my shoulder without answering.

My friend then explains to me:

“Because the wind passes through the banner, it is blocked by the banner. The impact of the wind is all exerted on the banner. It cannot be released and the banner will be destroyed.

After the theory part, my friend shows me practical by making a small experiment. He prepare an electric fan, two newspapers of the same size and same thickness, scissors, and eight pieces of aluminum bar.

Get the Answer Through Experiment

He did a minor operation on one of the papers by cutting a few holes in it. Put the aluminum bar on the two sides of two newspapers.

He then placed another newspaper with holes in front of the electric fan. After placing it for a while, it was still stable and was not pulled out or broke even is blowing with the strong wind from the fan.

By witnessing the experiment, finally, I know the reason why do banners have holes?

More To Discuss About The Banner Holes

In fact, there are many different types, sizes, and designs of the banner. Generally, most people are thinking that banners and design vertically with the frames to support it and these are the most common one that you can see in most of the exhibitions.

However, there are also banners with square shapes and rectangle shapes that are placed horizontally from the floor or hang on the beam, For these types of banners, it is no doubt that there is some difficulty to make them be placed sturdily without worry about it to get broken or fall down.

This is especially a great challenge if you are placing the banner outdoor where it tends to get very strong wind blow. Thus, this is the reason why many banners that you see will have some holes in the banner so that it can withstand the strong wind blow without getting blow away or tear apart.

For banners with large sizes, more holes you may observe they have.

What are the holes in banners called?

The holes in banners are called grommets (hanging holes). Most people also called the name of grommets as eyelets. Grommets are usually made of plastic, rubber, or metal and they are typically inserted into a banner to reinforce and protect the hole.

It is specially made in this way with the purpose to reinforce the material of the banner to ensure that it is hard enough in preventing the wind to tear it apart.

How many grommets are needed for a banner?

Generally, for every 30 to 40 inches, there will be a grommet placed on it. However, it still needs to depend on the banner length.

If you are having a 15-foot banner, there will be a grommet placed for every 40 inches.